In collaboration with Mysterious Package Company (MPC), we designed and developed a mail order mystery for a new younger fan base of the multi-media puzzle world. Previous titles were based on premium tangible items like hand-written notebooks, newspaper clipping and maps assembled into narrative puzzles delivered to your door step. With this new family friendly title, MPC wanted to leverage Augmented Reality to add another digital layer of immersion and intrigue to the gameplay.

Over the course of 3 months, I worked as the Project Lead and UX designer with one developer and the game design team at MPC to develop an AR app for a sci-fi adventure titled "The Disappearance of Cadet Turner".

The ask was to create a cohesive companion app to the story of a vintage sci-fi show called Super Star Cadets that was to be accessible to a diverse audience of players. The creative direction was a throwback to the 80s and 90s aesthetic from comic books to cartoons, each artifact spoke to the nostalgic whimsy of their older customers while the kid-friendly content and digital components was something to engage the younger audience.

After multiple ideation and design sessions we landed on 3 main AR components that varied from enriching the physical artifacts, to more critical gameplay puzzles, along with a sprinkling of Easter eggs that pushed and blurred the tangible items with a wackier digital alternate reality.

As the lead UX designer on the PATIO team, I worked on developing the digital companion app and all relevant puzzles for bother iOS and android platforms.

From a development perspective we used Vuforia with Unity as it was the most accessible cross-platform solution to power this experience. Especially for an audience that was used to more tangible items, we wanted the app to enhance and compliment the existing physical puzzles in the package. Since so much of the items already carried a lot of history in setting the scene for the story, the AR app aimed to facilitate and bridge this experience between older and younger generations.

For the first mail order the player only has access to a letter and a badge. They are invited to check out a microsite band are prompted to download the app. Throughout this first interaction it was important to introduce basic game mechanics for the next mail drop.

Once the player downloads the app they are able to log in with their cadet badge using the AR scanner. Now they can learn more about the story through reading the development logs.

At the next mailing, players will open up a lunchbox of goodies including a cassette tape that they can play via the app. 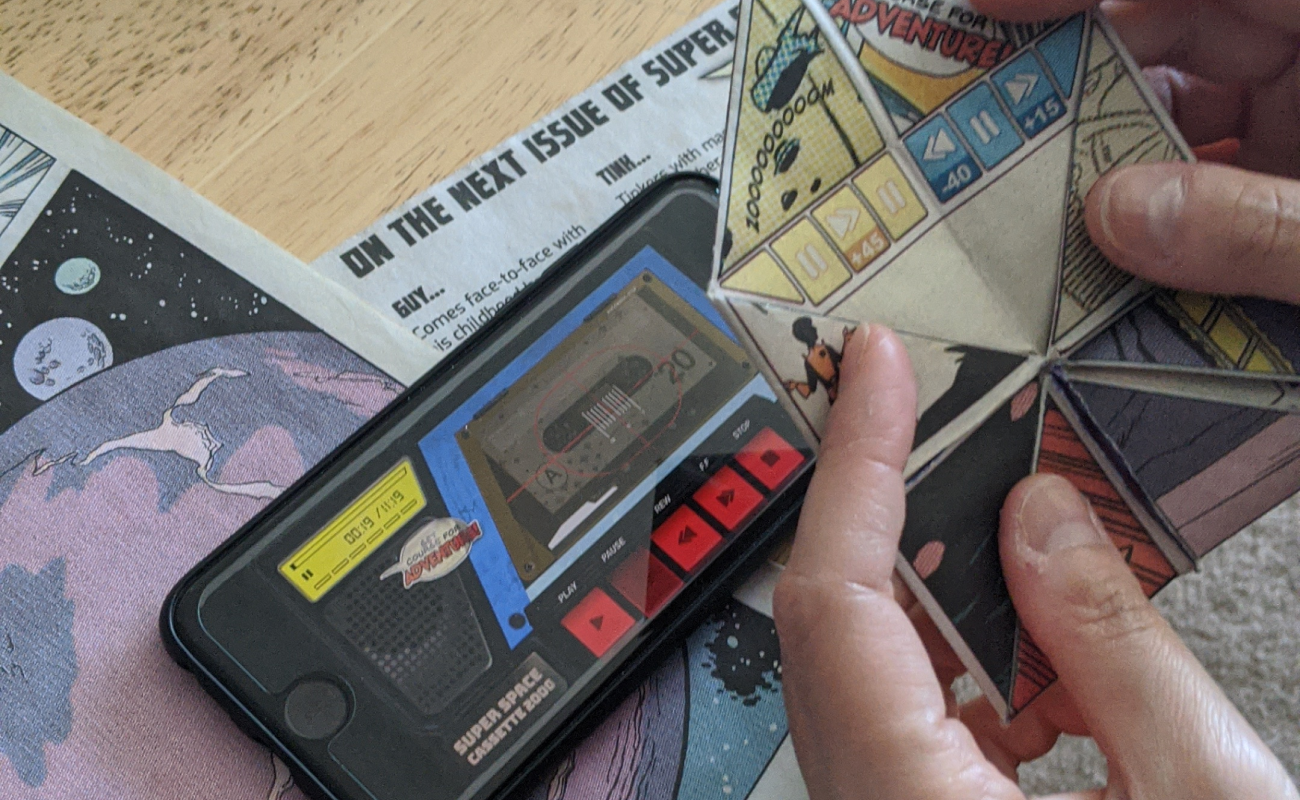 By listening for audio clues and searching through the comic, we discover that Pat is trapped inside and needs help to return back home. The player is prompted to listen for key audio clues and communicate with Pat. 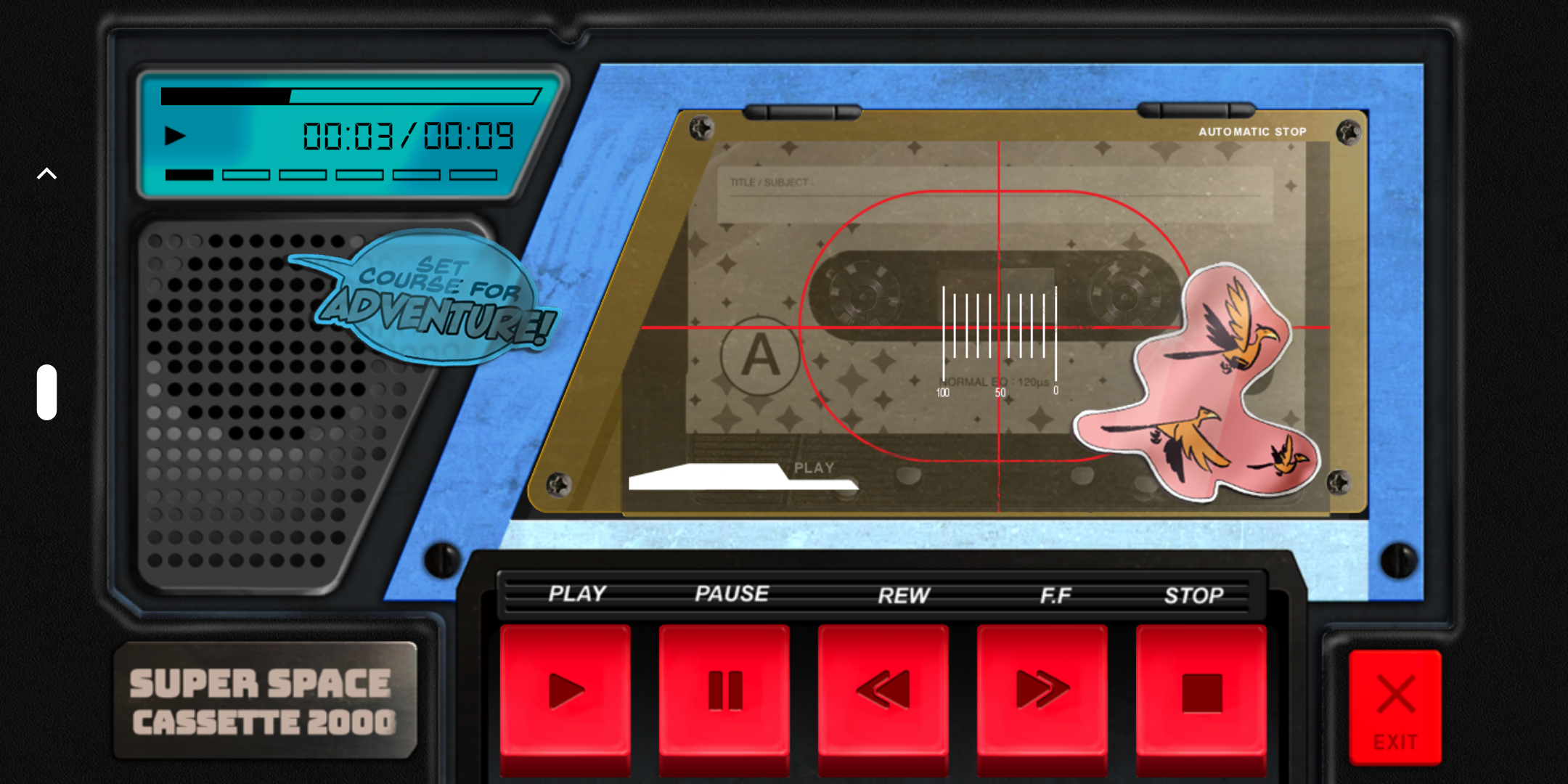 Following cues from the cootie catcher and comic book, the player is able to unlock a series of stickers that will reveal a hidden message to move on into the last puzzle.

In this last puzzle involve the last 3 polaroid photos taken by the kids as they were playing before Pat disappeared. The player can scan them but it remains glitchy. However when they are placed on certain areas of the comic the characters in the scene come to life. 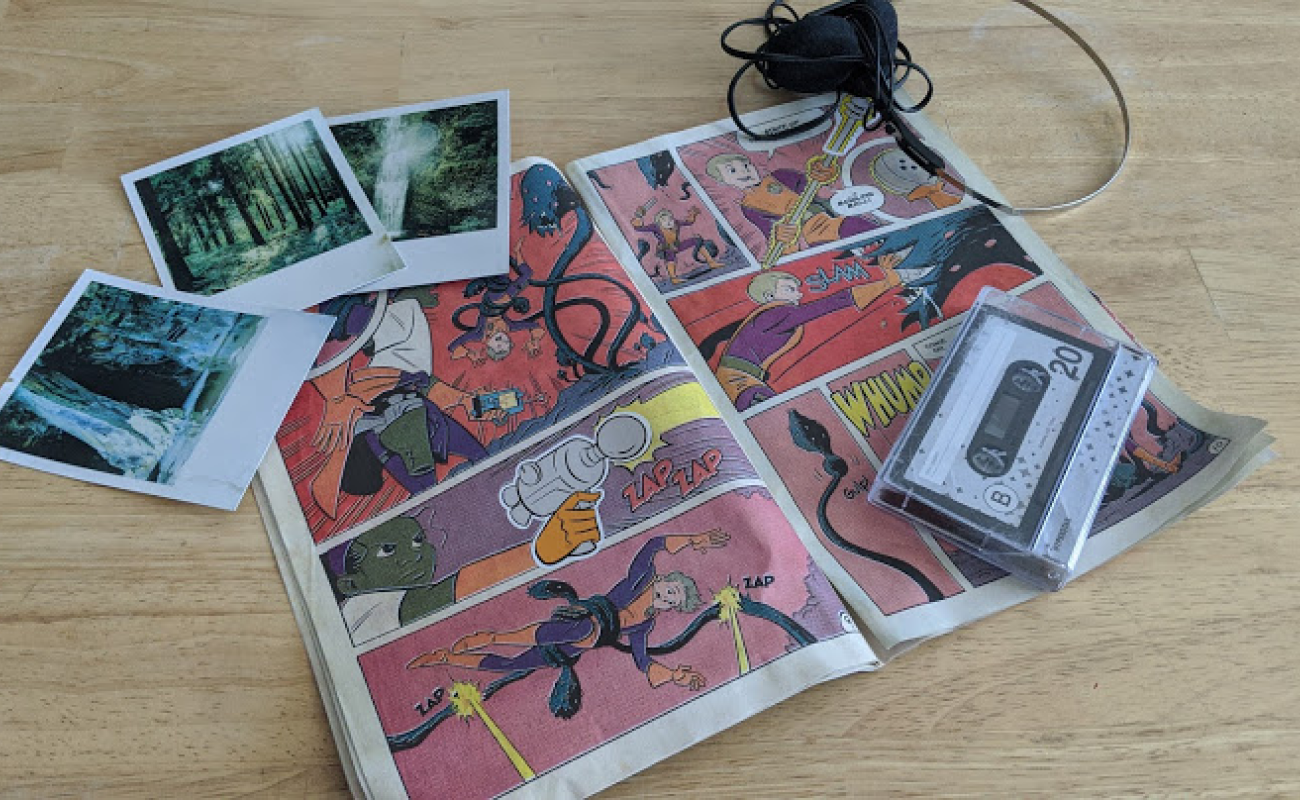 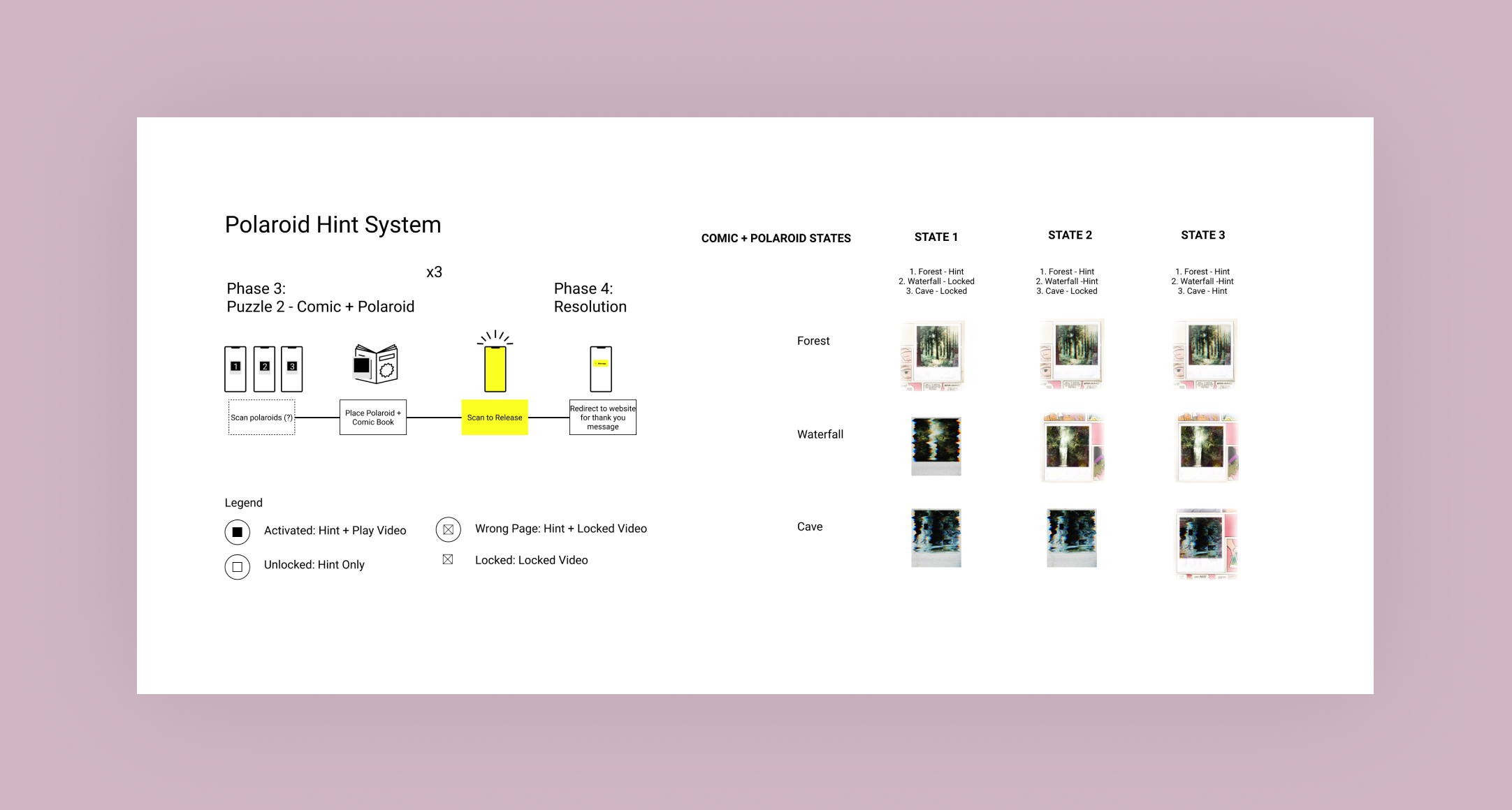 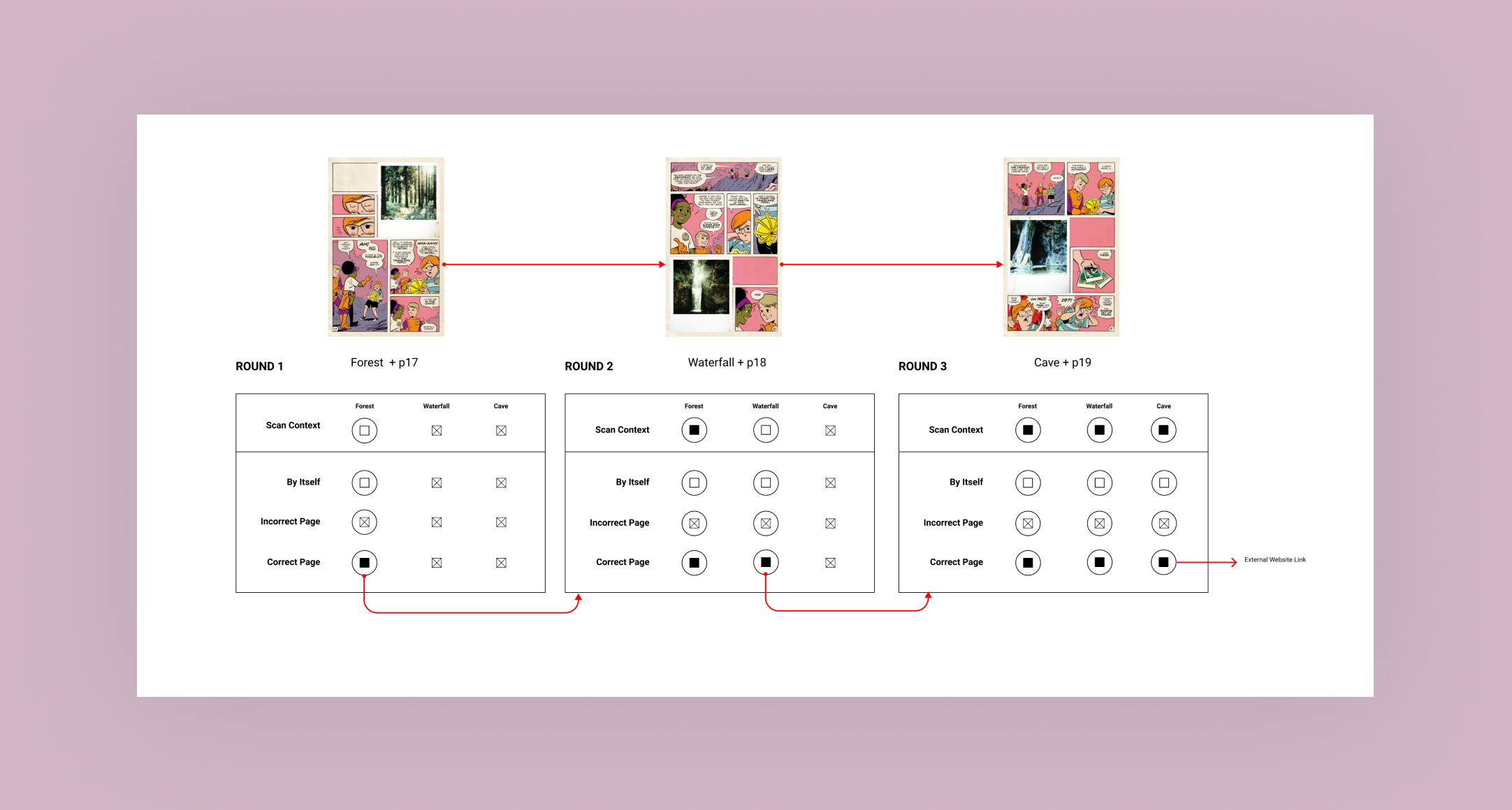 As part of the launch of designing, building and playtesting a game in the span of 3 months- it was delightful to see it come to life and even more so in the hands of many folks who have played it. Having worked on some phygital games myself with Curious Case it is amazing to be part of the process to see how they come up with these fantastical worlds at MPC! 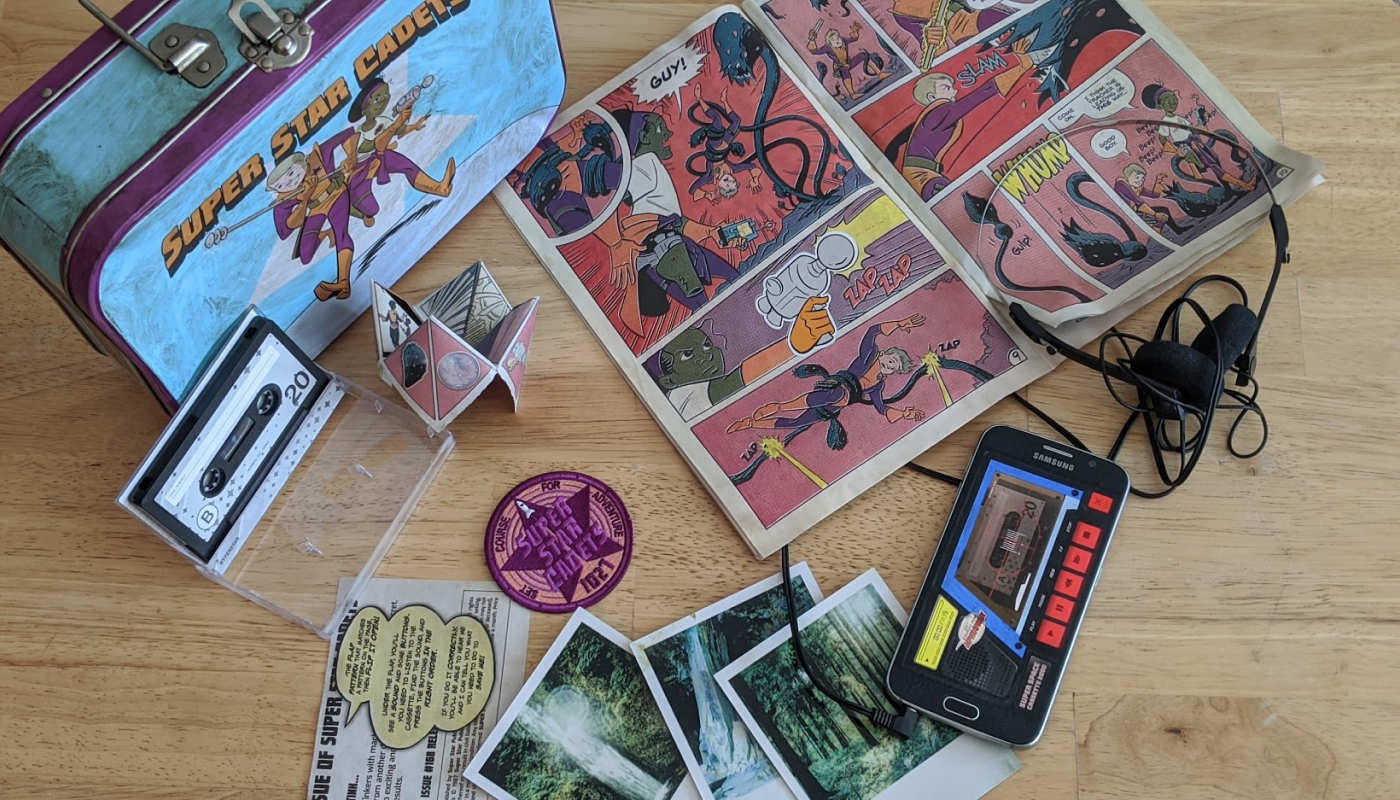 This puzzle box app is available to play for iOS and android. The reviews are in, order it today to try it yourself!